The word popped into my head this morning. Muse. I was thinking of Bear and realized what an impact he made in my life, and how he not only made me laugh but it was through research and training him that I gained the confidence to consider a book project.
This "muse" thinking made me realize that I did not know the history of the word itself, only its application for artists:
Muse (myo̵̅o̅z)
noun
GR. MYTH. any of the Muses
the spirit that is thought to inspire a poet or other artist;
source of genius or inspiration
BB (Before Bear) I certainly felt inspired, but it was Bear himself that inspired me to write a book. I suppose that would make him my muse.

The history of the word is filled with very long Greek names and I do not pretend to have memorized much of it, but here is a Wiki excerpt:


The Muses (Ancient Greek αἱ μοῦσαι, hai moũsai : perhaps from the o-grade of the Proto-Indo-European root *men- "think") in Greek mythology, poetry, and literature are the goddesses who inspire the creation of literature and the arts. They were considered the source of the knowledge, related orally for centuries in the ancient culture, that was contained in poetic lyrics and myths. The compliment to a real woman who inspires creative endeavor is a later idea.

The entry goes on to explain many details, but what stands out for me is how many classic writers include an invocation of the Muse, including Homer, Virgil, Milton, Shakespeare and Chaucer. The Muses also appeared in 1980's Xanadu and the 1997 Disney flick Hercules. Interesting.


Maybe I need to add to that Wikipedia entry the soon-to-be famous "Beary Muse" who continues to inspire me. 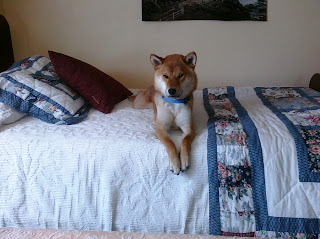 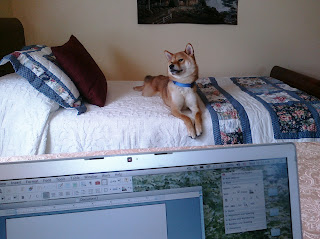 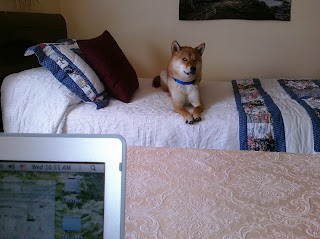