Jack in the Pulpit

Along with the trilliums, we currently have many Jack in the Pulpits (Jacks in the Pulpit?) growing on our new property. It was an exciting discovery! I did a little research to learn more about these unusual plants and found many useful sites, including the following brief by Jill MacKenzie on the University of Minnesota Extension Service site:

Jack in the Pulpit (Arisaema triphyllum) can be an interesting addition to shade gardens and wooded areas. This native of moist eastern woods as far west as Minnesota is easily recognized by its unusual inflorescence that appears in late May. In botanical terms, the 'pulpit' is a spathe and the 'Jack' is a flower-bearing spadix. The spathe is often striped purple and green. Tiny flowers on the spadix may be male, female, or some of each. Female flowers give rise to bright red berries, revealed when the spathe dies and falls away in late summer. Also attractive are the plant's two large leaves, each with three leaflets, usually held about one foot above the ground, although some specimens can be more than two feet tall.

The red berries, along with all other parts of the plant, contain needle-like crystals of calcium oxalate that can cause irritation to sensitive or broken skin when touched, and a burning and swelling of the lips and tongue if eaten. This burning sensation is immediate and so intense that it is unlikely anyone would manage to swallow the berries; however, if plant parts were swallowed, they could cause a severe irritation of the throat and digestive system that would require medical attention.

Jack in the Pulpit is tolerant of a wide range of soil pH, from somewhat acidic to somewhat basic (alkaline), and will thrive in dappled to deep shade. This plant is winter hardy into zone 3, and will grow best in moist but well-drained soil. The below-ground parts of the plant can be harmed or killed by excess moisture during the winter or early spring. For this plant to thrive, the soil should be high in organic matter. Incorporate compost, well-rotted manure, peat moss or other organic matter before planting, and mulch the plants with compost, grass clippings or decorative organic mulch, such as cocoa bean shells or pine needles, each year.

Don't collect plants from the wild. Instead, buy them from nurseries that specialize in native plants and wildflowers. Some general garden centers will also carry Jack in the Pulpit plants in the spring. You can transplant the tuber of Jack in the Pulpit in early autumn, after the above- ground plant parts have died back.

You may be able to buy seeds through the mail, collect them in the woods, or get seeds in early fall from a friend whose Jack in the Pulpit has ripe red berries. Remove the red flesh and plant the seeds immediately; don't let them dry out. Sow the seed outdoors where you want the plants to grow, covering the seeds with ¼ to ½ inch of soil. Seedlings should come up in early spring. Another method is to refrigerate freshly cleaned seeds in a plastic bag with some moist sand or potting soil for six weeks, then sow the seed in pots. In spring, plant the seedlings outdoors. Once plants become established in a favorable site, they are likely to self-seed.


Some additional resources I explored - many of which cover many of the species found in our Western New York woods: 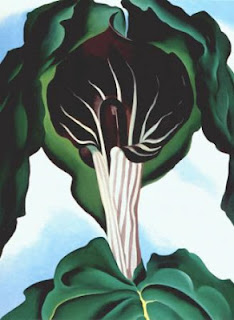 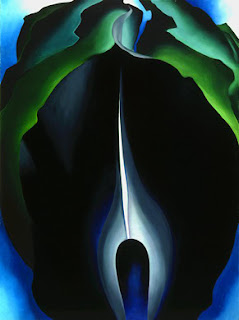 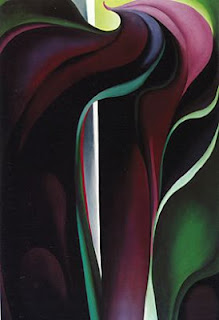